Short Answer Of Which Layer Of The Earth Is The Thinnest ?

Well, if you are in a hurry to know the answer, then no need to scroll and find. The answer to your question is – The Curst is the Earth’s thinnest layer…

Now you got your answer. But if you want to know why Curst is the thinnest layer of Earth, then let’s read the explanation below…

What Are The Layers Of Earth ? 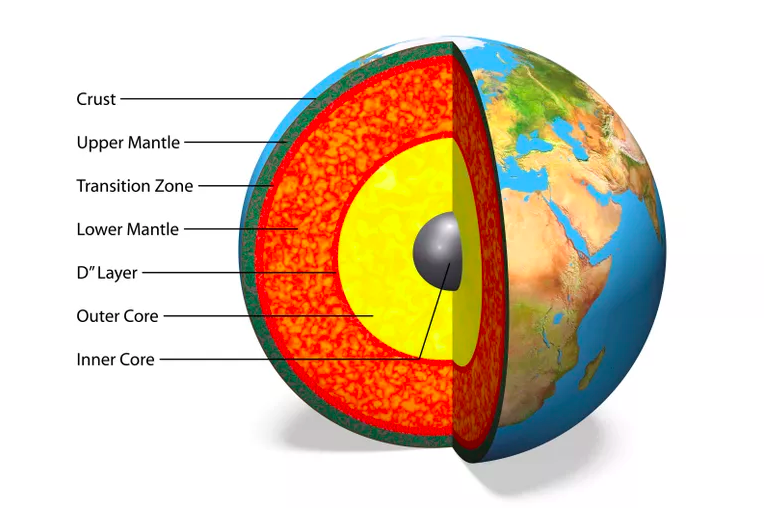 Our planet Earth can be divided into 4 main layers and they are,

The Curst : Curst is the outermost layer of our planet Earth. It is generally made up of different types of rocks like metamorphic, igneous and sedimentary rocks. This layer is less than 1% of Earth’s overall volume. So as we already know it’s the thinest layer of the Earth.

Outer Core : This is the fluid layer which is mostly composed of iron and nickel. It’s around 2,400 km thick and it lies above the solid inner core and below the mantle.

Inner Core : The inner core is the innermost layer of the Earth. It’s also the hottest part of the planet. According to seismological studies, it’s mainly a solid ball with radius of about 1,220 km or 760 miles.

More About The Thinnest Layer On Earth

As we all already know the thinnest layer of Earth is the curst. It’s the layer where we all live on. It’s like a peel of a potato or egg shell of an egg.

The top soil in this layer is one of the most important thing needed for the possibility of life here on Earth. Once the top soil is damaged the world’s food supply will be at danger. But we may not be aware of, but this layer is getting damaged by the use of herbicides in farming and this process is happening in an accelerated rate. You may not know, but it takes more than 500 years to produce 1 inch of the top soil.

Anyways, if you want to read more about this upcoming danger, Try this article from seeker,

From Seeker – Earth Could Lose a Third of Its Topsoil

Thank you so much for reading this article….

Posted in Science.
Share
PreviousBest Keyboards For Gaming & Programming ( Or Typing )
NextWill There Be An Interstellar 2 Movie? 🤔

One reply to “What Is The Thinnest Layer Of The Earth?”